“The voyage of discovery is not in seeking new landscapes but in having new eyes.”
Marcel Proust

The US stock market has just seen an explosion in volatility moving from a steady climb to a waterfall. 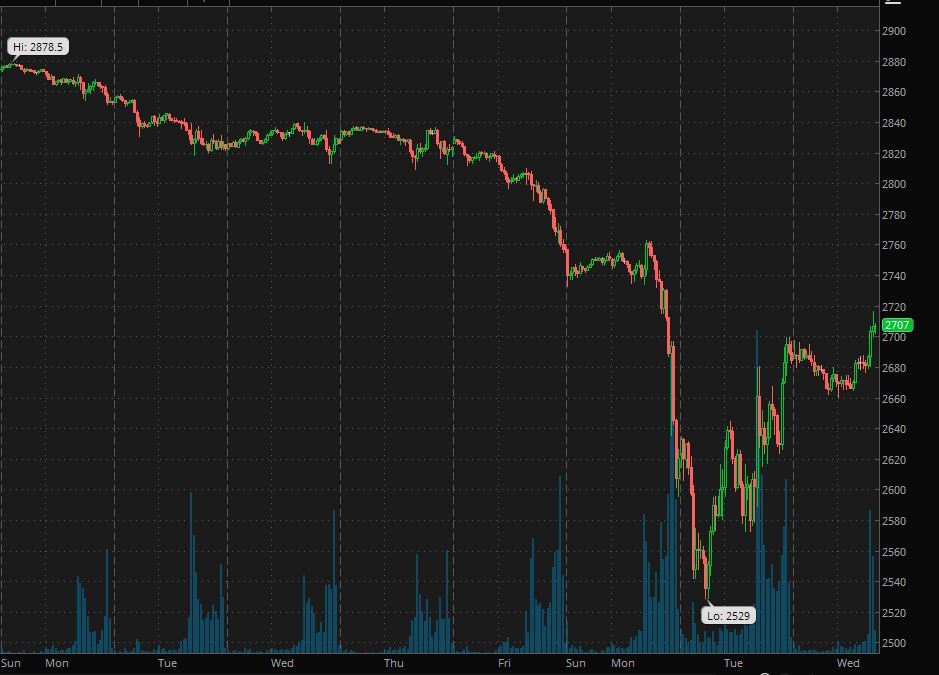 The Crypto Currencies have collapsed at a “bit” more orderly pace.

The question I have for you – Is your mind prepared to handle this information? Or will your brain downshift into its default survival patterns?

Could Native Americans see the Spanish ships? There is an apocryphal story in the personal transformation movie “What the Bleep.” In that story, the Native Americans were unable to see the Spanish ships on their first arrival because they had no concept of them. Although this story has gotten some play, there is no way that we can know this is true. However, the metaphor is helpful as we consider why extreme events seem to catch everyone surprised and unprepared.

Nassim Taleb in his 2007 book “The Black Swan: The Impact of the Highly Improbable,” focuses on the big impact that unexpected events have on our world. Taleb popularized the term “Black Swan” as a label for these unexpected events. According to Taleb, a “Black Swan” event is unpredictable not because it is random, but because our ability to see the possibilities is limited.

Let’s start with simple perceptions. Take the time to experience these simulations because we will build on your personal experience. Watch this video which measure perceptions. Your task is to correctly count the number of basketball passes by the members wearing the white. Can you get the correct answer? This requires some focus. Click here to watch the Youtube video and many other studies about our visual perceptions.

How are you at perceiving a sleight of hand? Check out this video.

You can also experience the McGurk Effect. Even if you know the illusion, it doesn’t matter. When our brain handles conflicting information, it defaults to a single result to maintain a coherent interpretation.

Are extreme events going to be on the rise? A couple of years ago, I gave a presentation to the “Insurer Investment Forum XI” in San Diego produced by Strategic Asset Alliance. One of the concerns of the investment arms of insurance companies is the increased potential for sudden market movement. 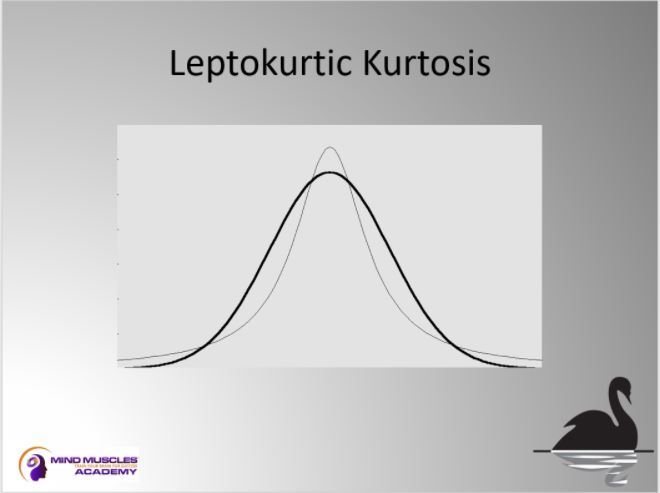 Risk is moving from a wider distribution and diversification to a more systemic concentration. This produces what statisticians call “leptokurtic kurtosis.” This means more of the variance in price distribution is the result of infrequent and more extreme deviations, as opposed to more frequent modestly sized deviations. This means both a higher peak and fatter tails in event distribution. The anticipation of more extreme events is driven by concentration of economic decision power.

These shifts in our cultural and political environment have the potential to create an emotional contagion. How do we as money managers, investors and traders manage the potential for more extreme events?

Our neurology isn’t made to conceive of and prepare for extreme events when things feel normal. Our minds want to extrapolate the nature of the current environment into the future, especially if we can’t conceive of solutions to the problems brought by these extreme events.

They didn’t see it coming!

The goal of this exercise is to build Mind Muscles™ that gives us a new willingness to acknowledge rare events. Once acknowledged, we can prepare for them as we see increasing evidence of their viability. This is the basis for one of my favorite exercises at longer workshops. The purpose of this exercise is not to predict the future or to replace risk management systems, but to prepare your mind to act quickly when needed.

“Alice laughed: “There’s no use trying,” she said; “one can’t believe impossible things.” “I daresay you haven’t had much practice,” said the Queen. “When I was younger, I always did it for half an hour a day. Why, sometimes I’ve believed as many as six impossible things before breakfast.”
“Alice’s Adventures in Wonderland” by Lewis Carroll.

Write down 3 events that although unlikely to happen, would significantly change your life. It could change financial opportunities, risks and profits for your industry, company or trading environment. Make at least two of the events highly unlikely.

For example, some of the events could be:

Make up your own! 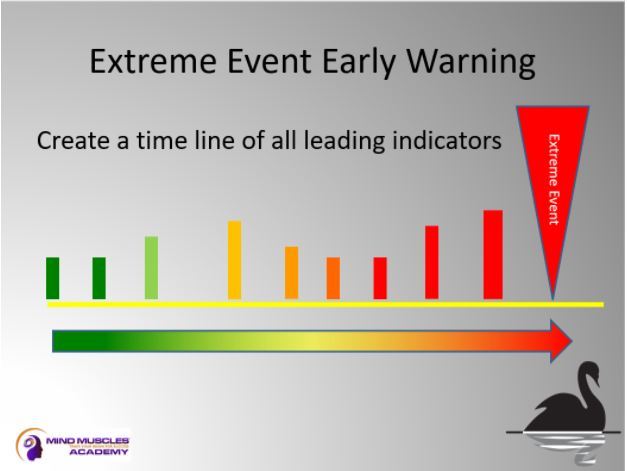 The next step is to create a timeline for each of the 3 unlikely events.

This exercise will not only build visuals for specific events, but give your brain the ability to visualize consequences for additional events that you did not consider.

The next step is to create incremental early action plans as early indicators crop up on your timeline. 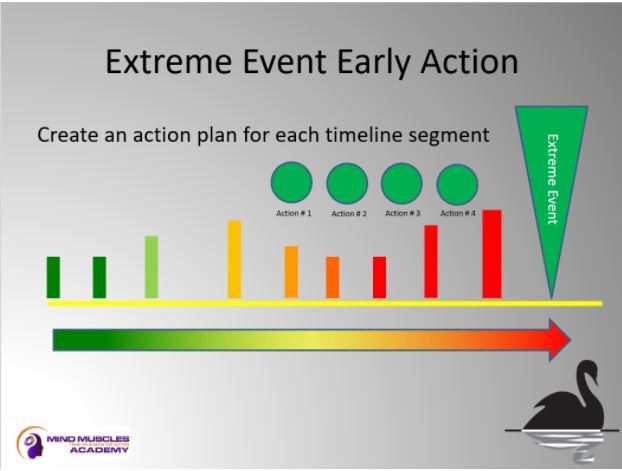 Our brains create patterns to make sense of the world. As your brain visualizes several unlikely alternatives, it will develop the capacity to see these and other unlikely alternatives develop. If there is no pattern, evidence of a changing landscape is hard to see. So, create more patterns, build those Mind Muscles™ and become more creative and decisive as we approach the next extreme event.

From the earlier videos, as active traders, do we see the gorilla? Do we become habitualized to seeing the patterns we expect? Do we focus on the card game and miss the massive changes in the background?
These exercises will help your brain see developing Extreme Events that most people miss.

How can Mind Muscles™ support you? As always, we at Mind Muscles™ Academy are ready to help you in this process with our in-house training, private coaching, our online courses and Mastermind groups. Please contact us to learn more about how “Extreme Event Training” can help your company.