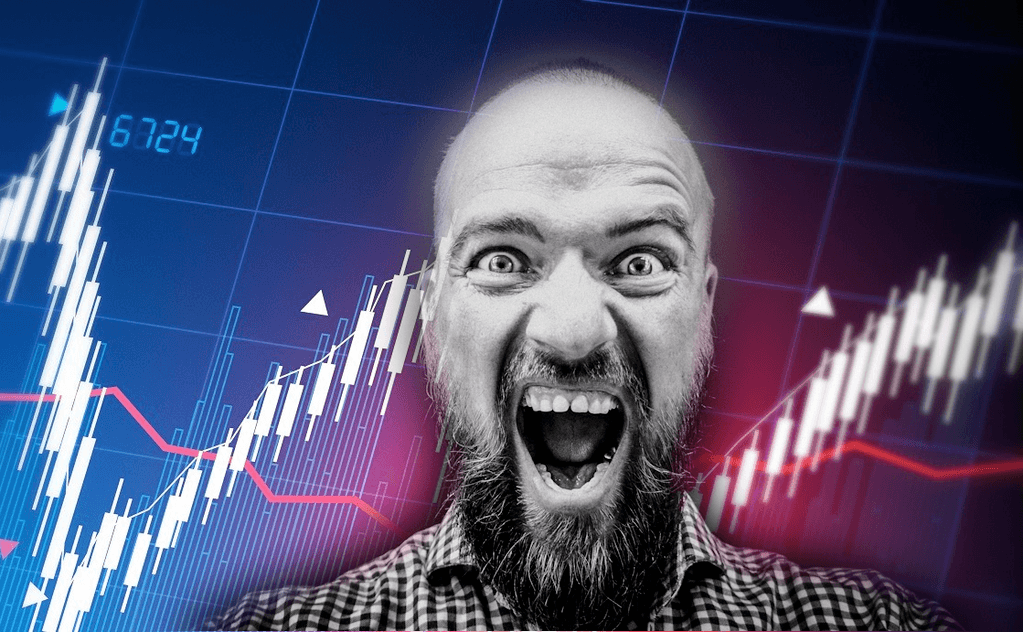 Is Every Tick A Referendum On Your Worth?

Roger’s physiology made a dramatic shift. I watched my trader coaching client as he leaned forward with his fists clenched. He had just shorted  20 ES contracts and the market had just broke through his resistance line with a lot of volume. He let out a string of expletives that reminded me of the language I heard in my two decades on the exchange trading floors in Chicago and San Francisco.

I could see he was no longer in his “rational” mind. As the market moved higher he became more agitated. To my amazement, he started shaking the computer monitor as if to jiggle the pixels so gravity would take over and the market would go lower.

His eyes were shifting rapidly from side to side. He looked at me and started complaining about how the market is manipulated and is designed to take out even talented independent traders like himself.

I became aware that my own breathing was shallow with a tight chest and tight stomach. When I paid attention to my own physiology, my own fists were clenched. I was absorbing the tension that he was experiencing. I immediately started my own breathing technique that some people call box breathing. And this is where you take a slow breath in for six counts hold for four counts slow breath out for six counts and relax at the bottom of the breath for another four counts.

He exited the trade in a panic. Once our trader was out of the trade with a major loss, I asked him to do a quick S.E.T. Score. At the Mind Muscles Academy these are scores that bring raise our awareness of Sensations in our body, our Emotional state, and finally our the quality of our Thoughts.

Our trader gave himself the score of -4 for his sensations. (Our SET scores range from -5 to + 5). Roger became acutely aware of the pain in his belly and muscle tightness as he clenched his teeth. With attention to his body, he could feel the start of a huge headache coming on.

His emotional score was also -4 that was made up of frustration and anger. His entire being was his emotional state.

“They are screwing me again.” His thought process was similarly negative and the quality of those thoughts were blaming the outside world, blaming the markets, blaming the high-frequency traders, and blaming the AI trading bots.

One of my awareness exercises is to exaggerate the present experience. So rather than asking him to breathe with me and invite him to a more peaceful state, I did the reverse. I realized that he was so adrenalized that his brain chemicals were in fight mode and this was a direct message from his subconscious beliefs. So I did something very unusual. I asked him to exaggerate not only his physical sensations, but to think thoughts that would increase his emotional state.

He said “I’m not sure I can increase what I feel… it’s pretty intense already.” I asked, “What thought can you think that would intensify your reaction?” There was a long pause.

This was his physiology giving him an important message. So I asked, “Your dad is right about what?”

Roger became clear about what was driving his current emotional state. “That I am no good as a trader. That I should get a real job. That I’ve wasted my life. My dad has always hounded me by telling me that I am not good enough for him.”

Let’s take a moment out of this narrative to get a bigger picture of what is going on here. For Roger, every tick was a referendum on his worthiness as a person as judged by his dad. Every tick going his way was a referendum and a vote to say “Roger, you are OK. You can prove to your dad that you are OK.” Every tick against him was a referendum, a vote, that said “Roger you’re just not good enough.”

Roger was depending on his trading results to determine his worth.

“What’s the problem with feeling good about a profitable trade and feeling bad when losing?”

The problem is that your positive state of mind requires external validation. The challenge of this process, where you need your trading results for personal validation, means that satisfaction of your life is controlled by external circumstances. And when you are controlled by external circumstances, this means that your experience is out of your own control.

This is really an important point.

With this insight, Roger began the journey to create his own validation. As Roger made this shift,  everything changed. Once he realized that his experiences were driven from old patterns of behaviors and old belief systems, then for the first time in his life he was able to change his experiences that allowed him to see the market as it was. Both profitable and unprofitable trades had no bearing on his own values value as a human being.

For the first time, the markets were just doing what markets do.

What is your experience as the markets tick up and down when you are in a trade? The next time that you are in a trade and feeling either very positive and wonderful about the profits you’re taking or feeling badly about the losses as they hit your stop, take a moment like Roger did and notice your physiology. Notice your emotions. Notice the quality of your thoughts.

Is every tick for or against you a referendum on your skills? Your talents? Your behaviors? Your belief systems? Or even your value as a human being?

How you answer this question reveals a fundamental map of how you see the world. And I invite you to step into the world of owning your own experiences.

How can the Mind Muscles Academy support you as you create your own validation and success as a trader?

Private Trader Coaching: Personal trader coaching is the most customized and steady path to success, providing an accelerated path to trading consistency. Rich will coach you in real time while you trade so you can bring what you learn to your trading decisions.

Want to know where best to start? Set a time to discuss your own unique issues and create a path to success with a complimentary call with Richard Friesen. Schedule it here:  http://rich.ycb.me.